Top 10 games for love to enjoy

Valentine’s day has arrived. Every February 14 , we celebrate love with Valentine’s Day , whether as a couple, with our loved ones, friends, pets or even with ourselves, since self-love is also very important. Whatever our plans for this weekend, here is a list of games for love in which love triumphs in one way or another. Whether the player is the protagonist of that romance or if it happens around them as part of the main plot, these are 10 games to love that treat love without prejudice .

The successful Maxis and Electronic Arts franchise turns 20 this February. Throughout its multiple installments, this strategic social simulator has evolved and become more complete through various content expansions and the approach to the current generation. In The Sims , we can create our own characters and they can live a full life from their baby stage until they become old people. 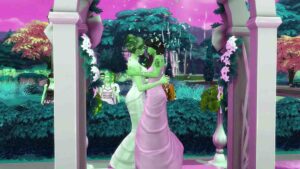 Throughout this entire life, they will probably end up meeting their better half, getting married, starting a family, and so on. Since its first installment, published in 2000, The Sims demonstrated that in the games for love we can be who we want to be, since all Sims are “bisexual by default ”. Therefore, we can have from heterosexual or homosexual relationships to asexual Sims and others. A wide range in the hands of the players as long as each one enjoys the title and their virtual family as they prefer.

On May 29, the sequel to one of the most beloved works by the community of Sony console gamers will arrive on PS4 . The Last of Us 2 will continue with the story of Ellie and Joel , which began in 2013 when Naughty Dog published the first part. In addition to the love that Joel ended up taking for Ellie, we were able to enjoy the beautiful relationship that the protagonist had with Riley in the Left Behind DLC . A friend who ended up becoming something more and that despite the violent world in which they had to live, they could have their moment of calm to return to being children and enjoy youth for a few hours. 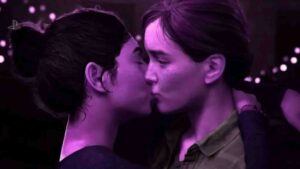 In the trailers that we have seen of The Last of Us 2 it is already noted that Ellie has matured and grown a lot since the events of the first installment. During the presentation of the games for love at E3 2018 , he appeared on screen and starred in one of the most iconic moments of the Los Angeles fair by kissing Dina , someone who appears for the first time in this sequel. With this, they showed that no matter how apocalyptic the world has become, there is always room for love to triumph and make everything more bearable.

The franchise of The Witcher is on everyone ‘s lips thanks to the recent series of Netflix . Starring Geralt de Rivia , this saga was born by the hand of the Polish writer Andrzej Sapkowski and years later it was adapted to video games for lovethanks to CD Projekt RED. Through three main installments and as many minor ones, we have accompanied Geralt through paper or screen for a long time. Anyone who knows him will know that he is a sorcerer who triumphs among women and that one of the most important pillars in his history is his relationship with the sorceress Yennefer de Vengenberg . 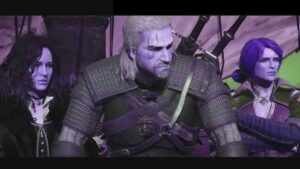 Despite the fact that other women, elves, sorceresses, and the like have been with the witcher, there is none like Yen. Linked by fate , the couple cannot live too long apart before meeting again. In The Witcher 3 is where we can most enjoy this relationship. Of course, the decision to enjoy this love story and end it (or with Triss Merigold and even alone) is in the hands of the players, something that allows a medium such as video games for love.

The adventure games for love developed by Dontnod Entertainment and distributed by Square Enix first came out in 2015 and already has three installments. In the first we play Max Cauldfield , a teenager who arrives at the Arcadia Bay Art Institute after spending a few years away. There he reunites with a childhood friend, Chloe Price , whom he saves from certain death thanks to a mysterious power of recoil in time that she develops. 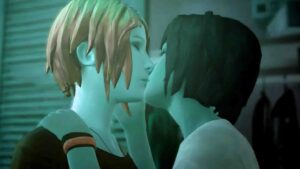 Beyond these playable mechanics, if we focus on the relationship between the two we discover a beautiful love story (or friendship, if we prefer to leave it there) in which Max and Chloe fight against the storm in order to get ahead and change the destiny. In the prequel, Before the Storm and in Life is Strange 2, the subject of love is also discussed and LGTBI + characters appear that demonstrate the study’s willingness to offer a good representation.

The Mass Effect saga is made up of a trilogy and Andromeda , a title that came a few years later. Developed by BioWare , it is a space-themed RPG shooter that allows us to put ourselves in the shoes of Commander Shepard . As the story progresses and adventures through space add to Shepard’s long list of exploits, we will gather a very diverse crew including humans and aliens such as Asari, Turians, Quarians.and more. The title allows us to enjoy romantic relationships with various characters. Through the three installments of the main trilogy, we will forge links that will remain marked in our love gamers. 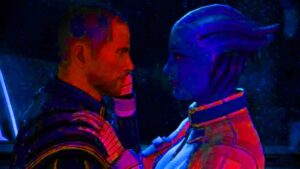 If the spatial setting does not convince us and we prefer the medieval one , BioWare also offers us the Dragon Age saga . Throughout three installments, we can enjoy an epic story and meet interesting warrior characters , wizards, elves and others. Of course, we also have the option of developing romantic relationships with some of them, so the experience can be as complete as we want.

You may be surprised to see this name on the list, but what would Mario be without Peach ? The Italian plumber has had as a mission (practically always) to save the princess from the hands of Bowser and although this is a very hackneyed and somewhat simplistic argument, it is something that has accompanied us all throughout our history as players. Although the base game of love Super Mario is based on the platform genre , over the years there have been many spin-offs in which Mario and his friends (and enemies) compete in kart races, play tennis, explore the galaxy and much more. 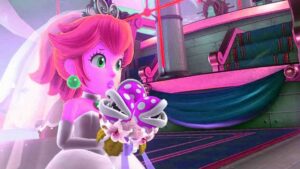 Specifically, Super Mario Odyssey (2017, Nintendo Switch) is one of the most original and complete installments of the saga and in its outcome we can see how Mario and Peach celebrate a beautiful wedding in which all members of the Mushroom Kingdom are invited to See a ceremony that shows the love of this virtual couple.

Another historical saga that has presented us with romantic relationships between its protagonists on more than one occasion has been that of Final Fantasy: Noctis and Lunafreya (FF XV), Tidus and Yuna (FF X / X-2), Squall and Rinoa (FF VIII )… The first installment was published in 1987 as the last love game from Squaresoft (currently known as Square Enix ) and it was a great success among the player base who loved the RPG genre. After no more and no less than 15 games of the main saga and many other spin-offs , in the Final Fantasy titles we have been able to meet a large number of unforgettable characters and we have been able to live magical and incredible stories with them. 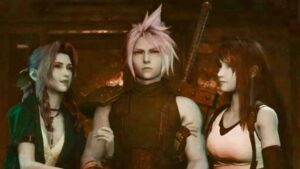 On April 10, the remake of Final Fantasy VII will arrive on PS4, an installment starring Cloud Strife, a mercenary who joins the group of rebels Avalanche to help stop the evil plans of the Shinra corporation. Between adventure and adventure meet Aeris , a key piece of history. Together with Cloud’s best childhood friend, Tifa , they will star in a love triangle that will make us feel even more immersed in the plot.

One of the best known medieval RPG titles is Skyrim . The fifth part of the Bethesda Elder Scrolls saga proposes us to embody the Dovakiin (dragon blood) , a hero or heroine who has the mission of defeating the powerful and evil dragon Alduin . Before reaching that point, we can tour the various regions that make up Skyrim, explore each location in detail and meet a wide range of interesting characters on our blog. 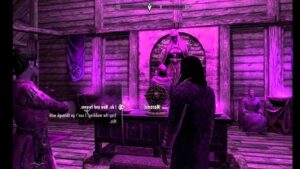 With some of these characters we will have the option of getting married if we carry out a specific process based on carrying out the missions that they ask of us in order to gain their trust and later give them the “Amulet of Mara” to show our love. Although it is not the most romantic thing we have done in a video games for love, if our partner in Skyrim is a warrior, we can take him / her with us on adventures. In addition, we will share a home (or several if we have the necessary gold), our partner will set up a store and will pass us a proportional part of the income, will cook for us if we ask for it and so on. All quite mechanical but still special in its own way.

In order not to forget the indie titles , which are many and of great value, we have dedicated a position in the Top to Stardew Valley , the work of Chucklefish . It is a social simulator that allows us to manage our own farm. He or the protagonist walks away from a gray office life by inheriting his grandfather’s country house and grounds to return them to their former glory. The title is more complex than it sounds, since we can also have farm animals in our care, design our home, explore Pelican Town and its surroundings, and forge relationships with local residents. 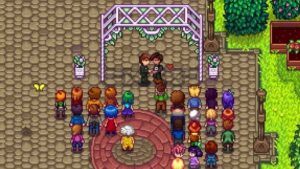 These relationships can end up blossoming into a beautiful romantic relationship that allows us to get married and even have children (we can have them even if the relationship is homosexual). For all this, Stardew Valley is a title to enjoy on Valentine’s Day, since they also allow us to play in multiplayer mode . On the other hand, there are many other indie titles even more focused on love, such as ” Last day of June “, ” Florence ” and ” Mystic Messenger “, among many others.

Since we have mentioned an Asian title, we cannot close this Top without recommending one of the most relevant JRPG sagas in the world of video games to love. Created by Atlus (and Deep Silver ), it has had multiple major and minor installments to date. On March 31, the remaster of Persona 5: “Royal ” will arrive on PS4 , which will add various elements to the base love game that we already know. For this reason, it may be a good time to see the original or add it to our wish list. 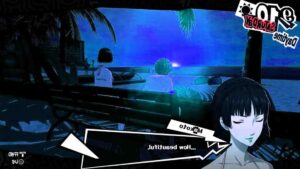 In Persona 5 we play ” Joker “, a Japanese teenager who must learn to balance his life in high school with his new occupation of ” Phantom Thief “, an association he forms with a group of friends in order to “steal” the hearts of those humans with evil desires in order to make them change their minds and make them good. To do this, she will have the help of various colleagues and friends who may end up being something else if we dedicate time and effort to their relationship.