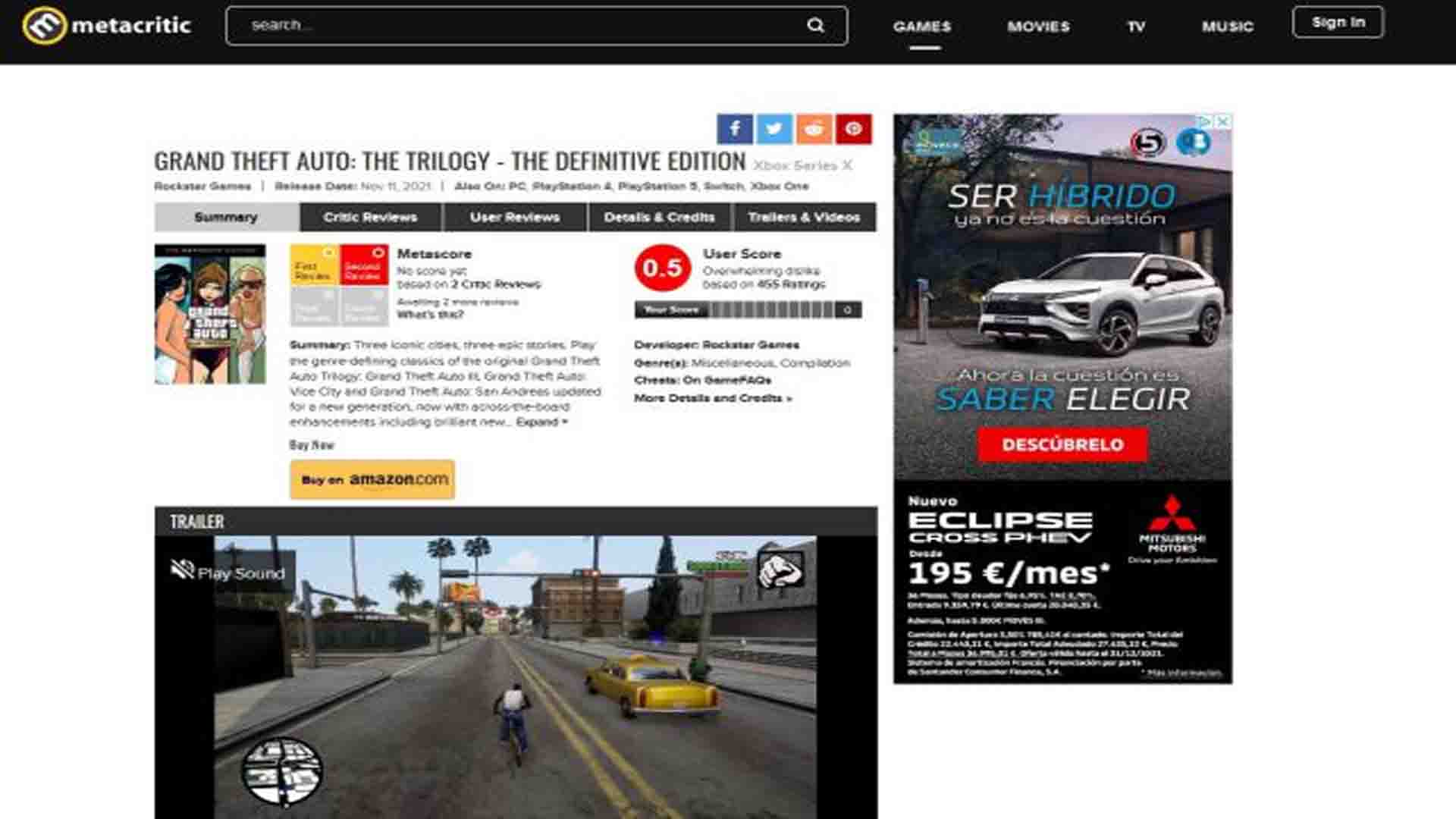 Users are unhappy with the situation on PC, since the launcher was down and with problems, but also with the other versions.

The launch of Grand Theft Auto: The Trilogy The Definitive Edition has not been easy. In addition to the graphical problems, Rockstar Games has had to deal with the downfall of its official client , so the title was withdrawn from the market while they fixed the errors. All these failures have not gone unnoticed, something that is reflected in Metacritic, where some players have expressed their dissatisfaction with a barrage of negative reviews. GTA Trilogy Updates Its Track List With Missing Pieces.

We refer, of course, to review bombing , an increasingly common practice that users use to punish mistakes. It consists of scoring a game with an unusually low mark (generally 0 or 1 out of 10), which results in the fall of the arithmetic mean. At the time we published this news, all versions of GTA Trilogy have a “mostly negative” rating in all versions:

“All I can say is that I’m glad Game Pass allowed me not to waste my money on this. It’s bad, and I was going with low expectations and wanting me to like it ”, wrote a user, who gave it a score of 0/10. “The worst ‘remastering’ I’ve ever seen. This ‘definitive’ trilogy is just a piece of shit, ”says another. The criticisms are not only focused on bugs, but also on some artistic decisions, such as removing the fog in the world, which gives it a somewhat strange appearance.

Grand Theft Auto: The Trilogy The Definitive Edition is available on PS4, PS5, Xbox One, Xbox Series X, Xbox Series S, Nintendo Switch, and PC (via the Rockstar Games launcher). It remains to be seen if the also creators of Red Dead Redemption 2 take action on the matter and update the trilogy to polish the gaming experience. Have to wait.

Why are Android 12 wallpapers special? Learn More of It