Unpacking, Analysis. The pleasure of turning a house into a home 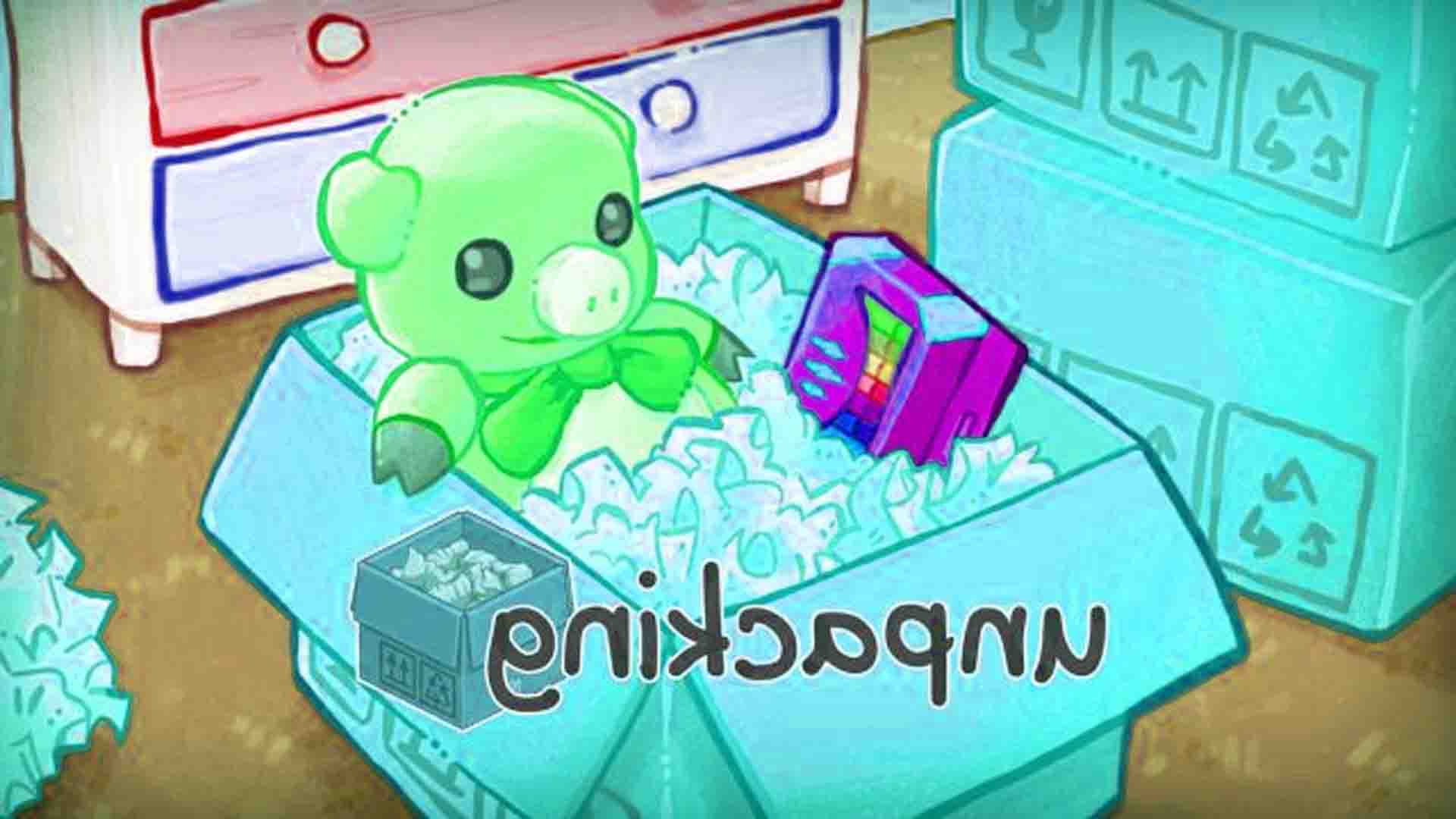 Witch Beam captivates with a simple work that flips the concept of moving to turn an exhausting process into a life journey full of memories.

Removals are not easy processes , neither logistically nor emotionally. Either by your own will or by a vital need, leaving your home to determine a new abode entails sacrifices , changes . And, as if it were a magnet, the attachment to many objects that are part of our life.

The video game has explored the concept of the passage of time , loss and change in different ways ; generally through verbal or strictly sensitive language, that which we can verify through facts. Unpacking is a video game that tells you precisely about tolerance to change . Witch Beam, from the hand of Humble Games , frames his new work in the so-called wholesome games to break with the dramatic conception of moving and turn the process into a pleasant and relaxed puzzle title. Pure environmental narrative .

The logic of ordering your well-being

Open boxes, pick up objects and place them where they make sense (and fit). That is the main premise of Unpacking. Luckily, this small studio of six people based in Brisbane, Australia, has chosen to go one step further in this precious adventure, which hides a calm narrative built on small gestures .

Because it doesn’t make much sense to say that our belongings fully define our personality. We are not what we have, but what we are. However, what we want him to continue with us wherever we go reflects affection, a feeling of belonging and, at the end of the day, security. Whether it’s a stuffed animal, an old Rubik’s cube or a painting, there are things we don’t want to forget, no matter how passive they are .

Unpacking perfectly limits that feeling under a format that, although repetitive and somewhat monotonous with the passing of the hours, structures each chapter in a diary, year after year. The life of the protagonist is written in books, but it is materialized in photographs every time we finish one of those moves.

It is surprising how much the game can tell us only with the objects that last and with those that appear over time. Our belongings show hobbies, tastes, preferences. Likewise, the way in which we order these elements offers a clear perspective of our degree of obsession with order, disorder or the routines of placing books, underwear, etc. You, as a player, can choose if you want to place the pants and shirts by color; if you prefer to leave them hanging in the order in which they appear from the boxes or if, on the contrary, you are more of storing ironed clothes in a drawer. The same with everything else. Do you want to leave that boombox on your desk or are you more of putting it on the shelf?

The only thing that the title asks of you is that, once you have removed all the items from the boxes, you place them in places where it makes sense . Unpacking does not allow you to put the toilet paper rolls inside the bathtub; but it does give you the option of placing them on top of your closet or on the toilet. Puzzle logic goes hand in hand with positional logic .

What our objects and memories say about ourselves

Witch Beam has compensated for the repetitiveness of the trips with a difficulty curve directly proportional to the size of the households and the quantity of goods. The more space and more rooms (living room, kitchen, bathroom, bedroom …), the more complicated the task of location will be. You may see yourself opening boxes in the bathroom and, suddenly, a saucepan appears, which logically has to be in the kitchen.

And here is another of the thanks: sometimes not everything fits comfortably . The kitchen is particularly meticulous, with furniture that can be left in limbo if we don’t arrange all the cutlery correctly … because you run out of space. A kind of Tetris where logic returns to the scene , this time with more force.

The magic of Unpacking is that those moments of frustration are reflected with a smile on your face . Who ordered us to buy that huge pressure cooker that doesn’t fit anywhere? The protagonist person insists on carrying belongings from his childhood that, after ten or fifteen years, only pose difficulties for their placement. Like life itself. We can all see ourselves reflected in these types of situations, especially if we have had to move to small environments. Same with customs ; some stay and some go. What seems undeniable is that the personality of this adventure is completely far from minimalism. It must be said that there are secret stickers hidden in the form of collectibles throughout the adventure, which can be completed in about four hours.

We do not want to tell you anything that can be considered a plot spoil, so we are simply going to recommend that you play it, that you know the story of this woman; either on Xbox Game Pass – version analyzed – on PC or Nintendo Switch. The photos or the work tools that appear allow us to guess their profession, their hobbies and their life path. The clothes do the same with their love relationships, while the covers of their video games make it clear that, no matter how much time passes, there are things that you want to accompany you until the end of the days .

A total success. As simple as it is singular, original and pure. A life does not fit in a box, but each piece of the puzzle makes up a story. Your history.

Elden Ring, impressions. We have already played the beta