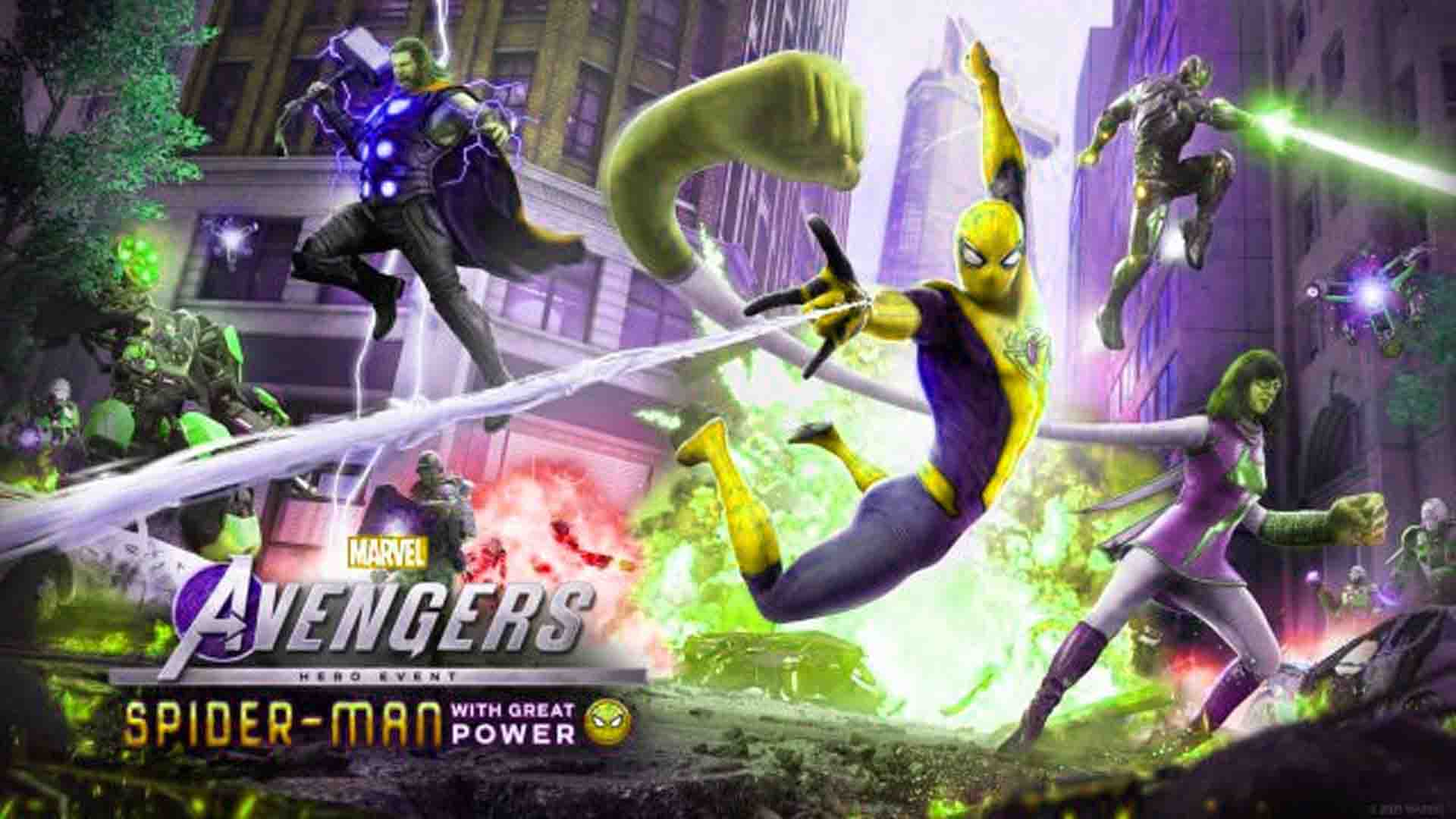 First look at our friend and neighbor Spider-Man as a character from Marvel Avengers, where it will be released for free on November 30, but only on PS5 and PS4.

That of Marvel’s Avengers is not being a bed of roses, but the game refuses to throw in the towel and one of his last cartridges passes through the hands (or networks) Spider-Man , the next playable character. In Crystal Dynamics they are aware of this and that is why the developer wanted to share a first image of Spidey with the rest of The Avengers so that we can open our mouths. In it, he is seen distributing cakes (not pizzas) in the company of Thor , Iron Man and Ms. Marvel , which is the same as we can do with him from November 30 , when it comes out completely free.. Of course, it will only be available on Sony consoles, as New York’s favorite neighbor has ended up being exclusive to PS5 and PS4 .

Square Enix is ??disappointed with the game

The arrival of Spider-Man (which was expected at the beginning of this year …) has been a ray of hope in the middle of the two civil wars in which the game is immersed. On the one hand we have the crossing of statements between Square Enix (its publisher) and Crystal Dynamics (its developer). The first has marked a mask out, has admitted his disappointment with the results achieved by Marvel’s Avengers and has even thrown a dart at the second, as he has publicly assured that next time they will try to better select their studios and development teams .

To that war waged in the offices, another has been added in forums and social networks. In this case, the conflict has been between both companies and the community due to the introduction of micropayments in the game. These allowed us to get experience faster and thus avoid farming , one of the most repeated complaints of the Marvel Avengers approach. Although in the end the pay-to-win have been withdrawn and a public apology has been issued, many of the original patch adjustments have ended up staying, which does not end to satisfy the users. When the experience boosters were put in, for example, the XP we needed to level up was also increased. Now the first ones have gone and the other retouching has remained, breaking the balance and leaving an unbalanced experience .

In such a context, Spider-Man arrives with the intention of putting peace, regain the trust of the community and increase their numbers. It will not come alone, but accompanied by a special event and new materials and cosmetics available that same November 30th. Still, may it also bring luck. You are going to need it.